Pablo Fanque and the Victorian Circus: A Romance of Real Life 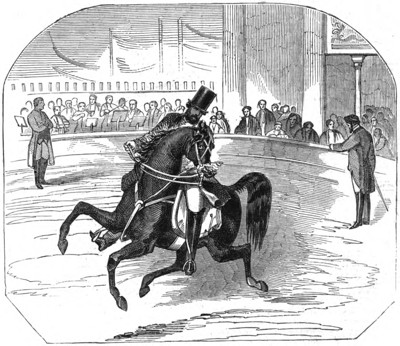 Pablo Fanque and the Victorian Circus: A Romance of Real Life is a micro-history that allows readers to explore the development of popular culture in the 19th century. The author, Gareth H.H. Davies, looks at how the career of William Darby, born in a Norwich workhouse and first African British circus proprietor, provides an insight into the history of the Victorian circus and society at the time.

These pages extend the scope of the book by providing additional questions and evidence that readers might like to investigate.

Research Aspect 2: Race, Prejudice and the Circus in Victorian Britain
Pablo Fanque's colour was hardly mentioned during his career and is the subject of the last chapter of the book. Some have suggested that racism hardly existed in the circus during this period. This aspect looks at one legal case that might suggest otherwise.

Research Aspect 3: Jem Mace, Heavyweight Champion of the World
The emergence of a popular working class culture in the 19th century was a by-product of industrialisation. This aspect looks at another Norfolk man, Jem Mace, who became the first Heavyweight Champion of the World. His foray into circus ownership illustrates a culture that encouraged, for a brief period, entrepreneurship from those at the bottom of society.

Research Aspect 4: Charles Dickens and The Circus
Charles Dickens' fiction provided a commentary on social policy at the time. Arguably his most polemic work was Hard Times, in which he uses the circus as a contrast to the social philosophy of utilitarianism. This aspect explores how Dickens' writings on the circus may have influenced Victorian attitudes towards the circus.

Research Aspect 5: Madame Caroline and her fall at Bolton
In Chapter 6 of the book the author explores the moral concerns held by some during the period with regard to women and children in the circus. This aspect looks at one incident that took place in Bolton to promote Fanque's circus and how civic rivalry entered the debate.

Research Aspect 6: William Batty and Grace Darling
William Batty was highly influential in Pablo Fanque life. He was to dominate the circus industry throughout the 1840s and 50s. This aspect explores how circus proprietors sought to exploit the moment, their efforts often being regarded with suspicion by polite society.