east anglian history books
Poppyland
Publishing
authors
back
<
'Turnip' Townshend - Statesman & Farmer
The Diary of a poor Suffolk woodman
Nelson - I am Myself a Norfolk Man
Scholars, Saints and Sinners: the stories of some of Norfolk’s more idiosyncratic clergy of the 19th and early 20th centuries
Grandad's War - The First World War Diary of Horace Reginald Stanley
>
also recommended 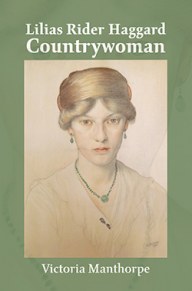 Mention the name Rider Haggard to the 21st century reader and it is the novelist, Sir Henry Rider Haggard, author of King Solomon's Mines and She, who comes to mind. His wild adventures and stirring romances held their popularity from the late 19th right through to the later decades of the 20th century.

But the East Anglian might also swiftly call to mind his daughter, Lilias, who was an accomplished authoress in her own right, a columnist for the Eastern Daily Press and a range of national publications. Hers is a very different story. While she had the privilege of sharing in some of her father's exotic travels Lilias also shared her own generation's tragic experience of the First World War. As a VAD nurse she watched as the harrowing conflict changed their world. When she returned to her Norfolk home she came back not only with a new depth and compassion but also with a determined affirmation of rural life that soon found its expression in her on countryside matters in many articles and books. Click the shopping basket below to order your copy.