The Last Haul: Recollections of the Days before English Fishing Died 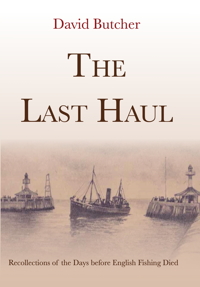 This book is the last one, in a series of five, recording the oral history of commercial fishing in East Anglia during the first half of the twentieth century. The previous four were all published between 1979 and 1987 by Tops’l Books.

Much has changed in the British fishing industry since the earlier books were produced and, in general terms, the story has been one of consistent and continued decline and, in the case of Lowestoft, that decline has been drastic.

The earlier books dealt with drift-netting and the herring industry, with trawling, with the social life of shore-side communities and with land-based industries associated with fishing. This particular volume considers various types of fishing not previously covered, interesting and dangerous experiences connected with a life at sea, fisheries research, life on board Trinity House lightships and (strangest of all) a treasure-hunting expedition to Cocos Island on a converted Lowestoft herring drifter.