Suffolk Scene: A Book of Description and Adventure 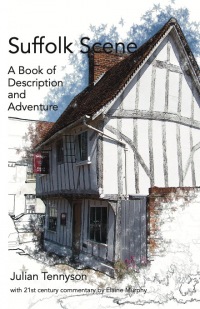 Tennyson’s Suffolk Scene was originally written in 1938 and published in June 1939, on the eve of the Second World War. Well-received with tellingly enthusiastic reviews, this young man’s unsentimental love of the Suffolk countryside and its people spoke to the yearning of a nation preparing for war reminding them of everything they feared might be lost.

In this new edition, Elaine Murphy, a well-known local historian, was given access to some 1,000 of Tennyson’s letters written to his wife during the war. This enabled her to provide a unique biographical introduction to the author followed by a critique for each chapter with regard to the changes over the past 80 years. In doing so, she notes the timeless quality to much of Tennyson’s Suffolk that resonates into the early twenty-first century.