east anglian history books
Poppyland
Publishing
authors
back
<
This Was Formerly a Port Called Blakeney and Cley: Important Dates in the Maritime History of the Glaven Ports
George Roberts: A Life that 'Did Different'
Kett 1549: Rewriting the Rebellion
Thomas Bilney, the Norwich Martyr: "The Father of the English Reformation"
Dear Hal, Yours Pud
>
also recommended 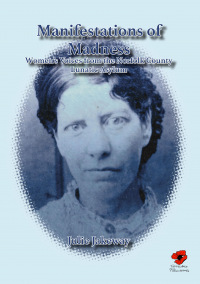 ‘The treatment of insanity is rather moral than medical—rather hygienic than therapeutic: the moral control and discipline of a well ordered asylum—its amusements of various kinds—and especially its light and voluntary labour,—with their judicious adaptation to various cases and temperaments—these are some of the means of cure, of relief, or of solace, upon which we depend…’

So the medical officers at the Norfolk County Lunatic Asylum reported in 1856. The asylum had left behind the inhumane methods of the eighteenth century where physical containment and restraint had been in regular use. ‘Amusements’ in the summer included outings to Lowestoft and Yarmouth, country walks, picnics and river trips and, in winter, there was a fortnightly ball with a brass band. The use of ‘voluntary labour’, such as sewing and laundry work, was intended to distract and ‘normalise’ their condition.

While many causes of mental disorder in the Victorian period were common to both genders: religious mania, intemperance, family troubles, work troubles, all frequently exacerbated by the very real problem of poverty, psychiatrists believed that women were more vulnerable to insanity because the instability of the reproductive systems interfered with their sexual, emotional and rational control. In this book, the author uses a series of case studies from the Norfolk County Asylum to explore women of different social status, all diagnosed with gender-specific causes of insanity. Their treatment resulted in a variety of outcomes that both reflect the success and constraint of the medical knowledge at that time.