east anglian history books
Poppyland
Publishing
authors
back
<
How Norwich Fought Against the Plague: Lessons from the Past
A School Through Time: 200 Years in the life of Antingham and Southrepps School and its people
The Castles of Suffolk
King's Lynn and The German Hanse 1250 – 1550
Northwest Norfolk: A Cradle for British Agriculture, Politics and Naval Power
>
also recommended 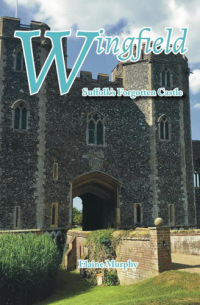 Wingfield belongs to a clutch of late fourteenth century castles that must be seen in the context of a society in turmoil. Foreign wars, power struggles at the heart of government, popular revolt and the longer term effect of epidemic disease provide the backdrop for the creation of this mansion built with the appearance and defences of earlier castles but which was also home to powerful families who played nationally important roles in the story of England. The Wingfields, de la Poles, Brandons and Jerninghams made history and their stories shaped the nation.

Wingfield was well known throughout the late medieval and Tudor periods but later declined to become a residence at the heart of a farming estate. But these later centuries are just as important to understanding the story of the building and crucial to understanding the surviving remains. This book is as much about the story of Suffolk and its changing society as it is about the castle itself. The author’s meticulous research gives equal weight to these later centuries, creating for the first time a comprehensive history to shed light on this forgotten Suffolk castle.